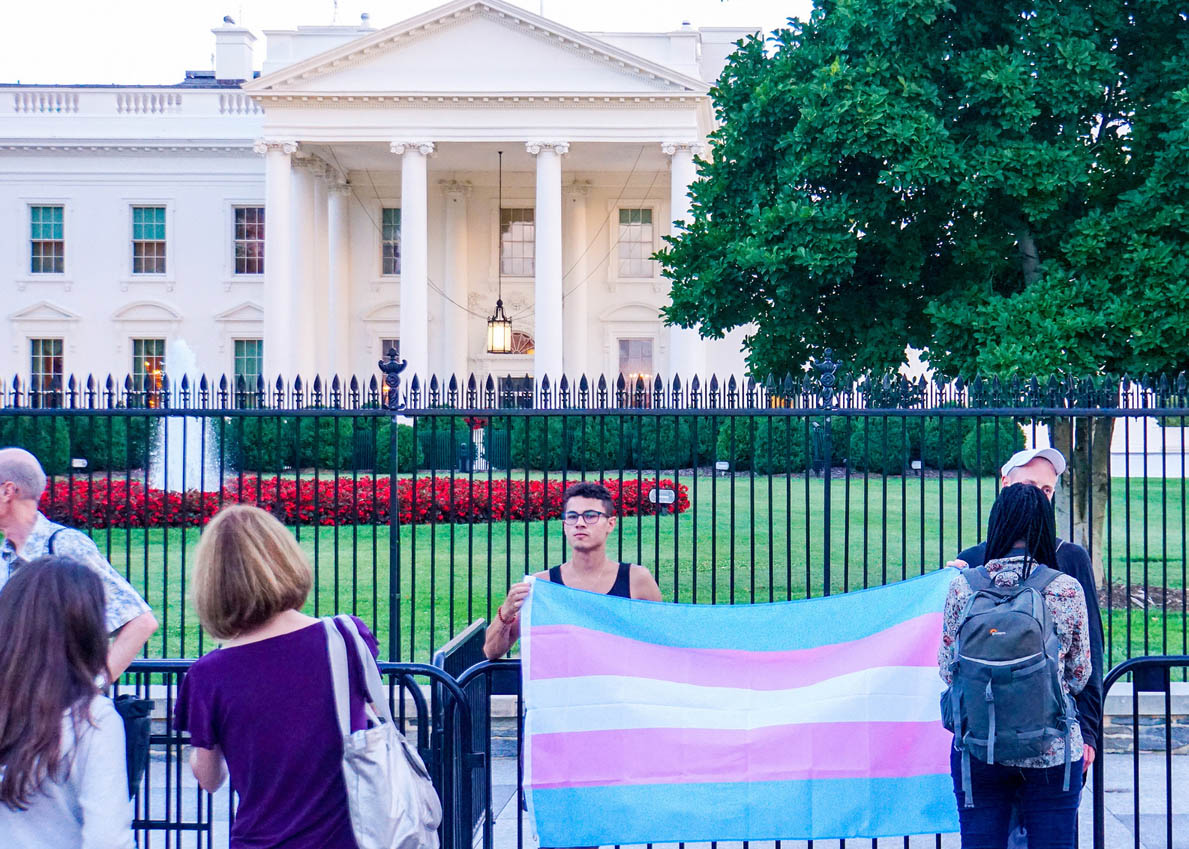 In the past few days, several developments have occurred in the ongoing story of President’s Trump’s reinstatement of the ban on transgender troops serving openly. Our August 1 post noted that there were as yet no official changes to the accepting policy enacted by President Obama in 2016, and that President Trump would need to provide the military with more guidance on the matter than could fit in a couple of tweets.

That guidance came with a presidential memo on August 25, which outlined the administration’s instructions to stop accepting transgender service members, and to study the best way to deal with those currently serving. The memo also ordered a stop to covering reassignment surgery costs, except where that process had already begun.

The president also told the Pentagon that an implementation plan should be developed by Feb. 21, 2018, and enacted on March 23, 2018.

A response to the memo by Secretary of Defense James Mattis confirmed that the military would begin to enact the president’s order, while ensuring that military order and morale were maintained. Sec. Mattis clearly stated that:

The department will carry out the president’s policy direction, in consultation with the Department of Homeland Security.  As directed, we will develop a study and implementation plan, which will contain the steps that will promote military readiness, lethality, and unit cohesion, with due regard for budgetary constraints and consistent with applicable law.

And he described the process he will use:

I will establish a panel of experts serving within the Departments of Defense and Homeland Security to provide advice and recommendations on the implementation of the president’s direction.  Panel members will bring mature experience, most notably in combat and deployed operations, and seasoned judgment to this task.  The panel will assemble and thoroughly analyze all pertinent data, quantifiable and non-quantifiable.  Further information on the panel will be forthcoming.

There were some news reports, including USA Today, that misinterpreted Sec. Mattis’ statement, and gave false hope that the DoD and military leadership were stonewalling and would seek to subvert the president’s policy. These reports were quickly refuted, but nonetheless they led to confusion.

In his Tuesday announcement, Mattis declared that he will do precisely what the memo requires of him. He is not suspending the ban or disobeying Trump, but simply following orders. Moreover, as Nathaniel Frank explained in Slate, the memo does not give Mattis real discretion in executing the ban. He can, theoretically, provide a recommendation that Trump scrap it. But barring a reversal by the president, Mattis lacks any real ability to protect trans troops.

To be clear, per the orders from the Commander-in-Chief, the military is moving to enforce the reversal on acceptance transgender troops, while designing a policy to address currently serving trans service members.

In the meantime, however, there are multiple lawsuits which are seeking to stop the ban from being reimplimented. These are

Many legal experts say the matter is likely to wind up at the Supreme Court. Clearly, with the military’s own studies and the lawsuits, this is still a policy in flux and no one can predict how it will play out or how long that will take for a final resolution.

What is clear is that for the the time being, no new transgender enlistees will be accepted into the services, and the Pentagon is moving forward with the study ordered by Trump on how to return to the pre-2016 ban policy.

In the midst of the chaos and distress caused by Trump’s monkeywrench tweeting, it is somewhat reassuring to see many media outlets, pundits, civic policy groups, and even Republican Congressmembers criticize the new ban and explain its significant downsides.

If the ban goes forward, it could lead to some very ugly consequences: trans service members staying in the closet, even when it’s dangerous for their service and their personal health and safety; trans troops getting discharged or abused; and trans Americans more broadly receiving yet another signal that society still doesn’t accept or tolerate them.

Trump’s announcement has been condemned by all sorts of groups, from civil rights organizations to the American Psychological Association to congressional Democrats and even some Republicans, including conservatives like Sens. John McCain (R-AZ) and Orrin Hatch (R-UT).

We will continue to monitor the situation and post any significant developments on this site.