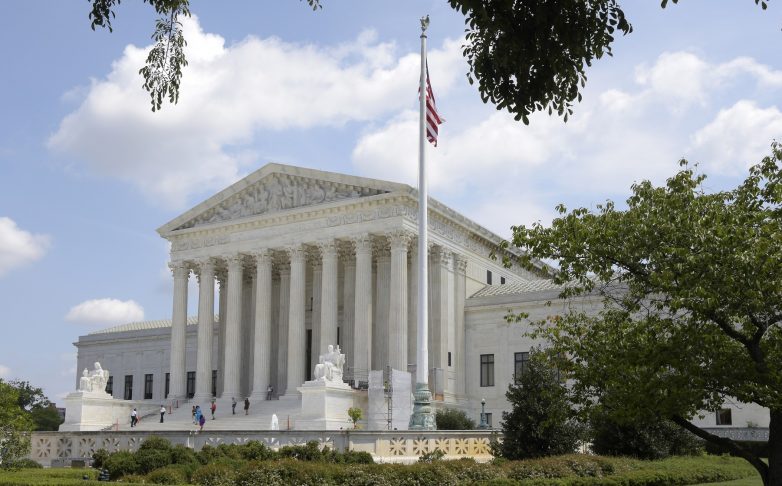 Editor’s Note: Due to the timely and critical nature of this article, which was included in the Summer 2021 issue of On Watch, we are bypassing our usual 30-day hold for non-subscribers and publishing it immediately. Subscribe to On Watch, or join MLTF, to always be the first to get all On Watch content.

As of the Winter 2020 issue of On Watch[1], legislation and litigation on Selective Service registration were moving toward political and legal decisions that Congress and the courts have been avoiding for decades.[2]

On June 7, 2021, the Supreme Court denied the petition for certiorari in National Coalition for Men v. Selective Service System.[3] This is bad news — the worst news in years, perhaps decades — for opponents of the draft and draft registration.

The Supreme Court’s decision not to hear this case allows the current “less than useless”[4] (male-only) draft registration program to continue indefinitely. This action by the Supreme Court reduces the threat that draft registration will be expanded to women, but also reduces the already slim chances that registration might be ended. Mostly, it increases the likelihood that men, but not women, will continue to be required to register and to report to the Selective Service System every time they move.

The Supreme Court has now punted on the issue. It remains on the Congressional agenda, but Congress is no longer under pressure to act to avoid the possibility of a Supreme Court ruling that would embarrass Congress by invalidating the current Selective Service registration requirement.

Proposals to expand draft registration to women as well as men and to end registration entirely have already been introduced in Congress. Enough momentum on the issue built up while a Supreme Court decision was a possibility that these proposals are likely to be considered as part of this year’s annual National Defense Authorization Act (NDAA).

If Congress is stalemated between advocates for expansion and for elimination of draft registration, however, the path of least resistance is now for Congress to do nothing, put its head back in the sand, and let the status quo continue. The requirement for young men to register with, and report changes of address to, the Selective Service System, can remain on the books but unenforced and unenforceable. War planners can continue to pretend that a draft is always available if it is needed and that wars need not be limited to those that people are willing to volunteer to fight.

In her brief in opposition to a grant of certiorari in NCFM v. SSS[5], Acting Solicitor General Elizabeth Prelogar (the only woman other than now-Supreme Court Justice Elena Kagan to have served as Solicitor General, even in an acting capacity) did not contest the District Court’s finding that requiring men but not women to register for the draft constitutes unconstitutional discrimination on the basis of gender. But the Biden Administration defended the Fifth Circuit’s decision to defer to Congress and the President on whether to end draft registration or expand it to women as well as men, and to give Congress more time to (possibly) make such a decision. The government also raised a strained argument, not made by the defendants in the Court of Appeals, that the plaintiffs lack standing.

A brief in opposition to certiorari was submitted by amici including the pro-draft, anti-feminist Eagle Forum, founded as an anti-Equal Rights Amendment organization by the late Phyllis Schlafly and now chaired by her daughter.

No anti-draft or anti-war organizations or critics of the military weighed in with respect to cert. None of the parties or amici questioned the Constitutionality of “peacetime” military conscription.

Justice Sotomayor, joined by Justices Breyer, and Kavanaugh – a relatively unusual alliance – issued a statement concurring in the denial of certiorari.[6] But that concurrence says nothing, of course, about the views of the other six Justices whose votes on the petition for certiorari, whatever they were, were cast silently and without any public explanation — as is the norm.

The concurrence seems intended to try to keep the pressure on Congress with an implicit threat that the Supreme Court might overturn the current male-only draft registration requirement in a future case, if Congress continues to do nothing:

“It remains to be seen, of course, whether Congress will end gender-based registration under the Military Selective Service Act. But at least for now, the Court’s longstanding deference to Congress on matters of national defense and military affairs cautions against granting review while Congress actively weighs the issue.”

Realistically, though, this is a pretty weak threat unlikely to put much pressure on members of Congress who would rather avoid a decision for which they fear political backlash whichever way they vote: including women in contingency plans and preparations for a draft, or being accused of “undermining military mobilization” by ending draft registration.

Only three Justices joined the concurrence — not enough votes to get a case heard by the Supreme Court, even if they all were willing to do so in another case after some further period of Congressional delay and inaction. And even if they had more votes, it could be many years before a case raising this issue is presented to the Court again. It’s been forty years since the last time (Rostker v. Goldberg, 1981), and it could be another forty years before the next time.

The concurrence says little about the draft per se, and nothing at all about whether gender neutrality with respect to the draft and draft registration should be achieved by expanding draft registration to women or ending it entirely, both of which options are currently under consideration by Congress.

The “Selective Service Repeal Act of 2021” is still far from passage, and unlikely to make it out of committee without a champion on either the House or Senate Armed Services Committee, which it doesn’t yet have. But this is the first time since the start of the current Selective Service registration program in 1980 that identical legislation to end draft registration has been introduced in the House and Senate in the same session of Congress, much less with bipartisan support in both chambers.

An opposing proposal to expand Selective Service registration to women was introduced in the House on April 16, 2021, as part of the “Inspire To Serve Act” [sic], H.R. 3000.[10]

Despite the introduction of the “Selective Service Repeal Act” and the “Inspire To Serve Act”, Congress is more likely to consider proposals either to end draft registration or to expand it to women as part of the NDAA rather than as a standalone bill. Consideration of the Fiscal Year 2022 NDAA will probably begin in June or July of 2021 in the House and Senate Armed Services Committees.

During a House Armed Services Committee (HASC) markup session on the FY 2021 NDAA on July 1, 2020, Rep. Jackie Speier (D-San Mateo, CA), Chair of the Military Personnel Subcommittee, said that, “You have my commitment that we will have a hearing on this issue within the next year.” But no hearing has been held or scheduled, leading to concerns that the Biden Administration (as candidate, Pres. Biden explicitly endorsed expanding draft registration to women) may try to include the expansion of draft registration in the NDAA without a hearing, debate, or line-item vote.

In March, opponents of Selective Service registration including MLTF Executive Director Kathy Gilberd and MLTF member Edward Hasbrouck sent a joint open letter to the leadership of the House Armed Services Committee and its Military Personnel Subcommittee, appealing to them to “hold[] a full and fair hearing… that considers both policy options before Congress — either ending Selective Service registration or expanding it to women — and that hears from witnesses in support of each of those options…. The choice is not between continuing male-only draft registration (which is likely to be found unconstitutional) and expanding registration to women. The real choice is whether to expand registration to women or to end it entirely…. [T]his is a choice about militarism, not a choice about gender equality. Expanding draft registration to women would bring about a semblance of equality in war (although women in the military would likely still be subject to disproportionate sexual harassment and abuse). Ending draft registration would bring about real equality in peace and freedom.”[11]

To date, there’s been no such hearing. Instead of hearings on whether to equalize the legal obligations of women and men by ending, or by expanding, draft registration, both the House and Senate Armed Services Committees have held one-sided hearings that considered only the Inspire To Serve Act (and the many unrelated recommendations of the NCMNPS concerning voluntary service), not the Selective Service Repeal Act, and at which the only witnesses were former members of the NCMNPS who recommended expanding draft registration to women.

Even without opposing witnesses to challenge their claims, former members of the NCMNPS came under questioning about the Achilles heel of draft registration: whether it is being, or could be, enforced.[12] The hearing Rep. Speier committed to convene in her Subcommittee, specifically on women and Selective Service (and hearing from both sides of that issue), is still needed and still a possibility.

I think opinion in Congress on the abolition of Selective Service probably lags behind that of the electorate, as on some other issues like marijuana legalization on which legislators were long afraid to act, but eventually found that action was popular. But it’s up to those who oppose the draft to let members of Congress know that we will support those who vote to end a failed draft registration program that only serves to embolden war planners to contemplate larger, longer, less popular wars. And it’s up to us to educate, agitate, and organize against the draft, to continue to work as allies to young men in their continued resistance to draft registration, and to prepare to do the same for young women if Congress does decide to try to expand draft registration to women.[13]

This is not a moment to give up, but instead to escalate our resistance to draft registration and contingency planning and preparation for a military draft. If you’d like to join in this work, contact MLTF Executive Director Kathy Gilberd or Task Force member Edward Hasbrouck.