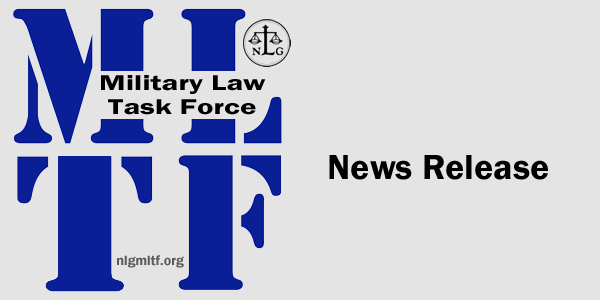 The Military Law Task Force of the National Lawyers Guild strongly condemns the use of National Guard and active duty troops to police anti-racist protesters.  The use of the military as a domestic police force is contrary to the United States Constitution which places the military under civilian control – not the other way around.  Military policing of civilian demonstrators who are protesting to urge their government to abolish racist police policies and tactics is a direct threat to First Amendment rights of speech and assembly,

The Task Force shares the concerns of organizations such as Veterans for Peace, Courage to Resist, and others, that National Guard members may be given illegal orders or face real conflicts with their moral, political or religious beliefs about deployment to violate the rights of protesters.

We are also concerned that Guard members are given almost no information about options available to them under military regulations to avoid or return early from deployment.  We are troubled about the lack of effective legal alternatives for Guard members dealing with possible illegal orders and believe it is essential that members of the military are fully informed about their rights and responsibilities under the law.

The Military Law Task Force urges anyone who is activated or deployed or might be facing a future deployment to call us for referral to a civilian attorney or counselor to discuss your options. Many of our member lawyers will be willing to do an initial pro-bono (free) consultation.  If additional legal defense assistance is needed, anti-war and peace organizations stand ready to help raise needed funds.

For more information and resources, please visit or contact: