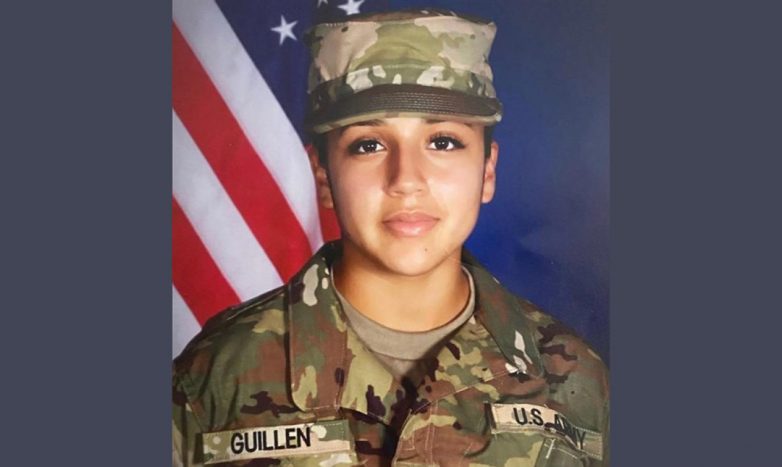 The members of the Military Law Task Force of the National Lawyers Guild wish to express our deepest condolences to the family of Spc. Vanessa Guillen.  Ms. Guillen was stationed at Fort Hood, Texas and disappeared on April 22, 2020.  Her remains have recently been discovered and one person has been charged in connection with her death.

Just prior to her disappearance, Spc. Guillen had told friends and fellow soldiers that she was being sexually harassed at Fort Hood.  She said that other female soldiers had reported sexual harassment but the Army did not believe them.

The MLTF stands ready to assist those who are experiencing sexual assault or harassment in the military.  The MLTF has developed a self-help guide – Challenging Military Sexual Violence: A Guide to Sexual Assault and Sexual Harassment Policies in the US Armed Forces for Servicemembers, MSV Survivors and Their Advocates.  For further assistance, contact us.

One Reply to “MLTF MOURNS THE LOSS OF SPC VANESSA GUILLEN”