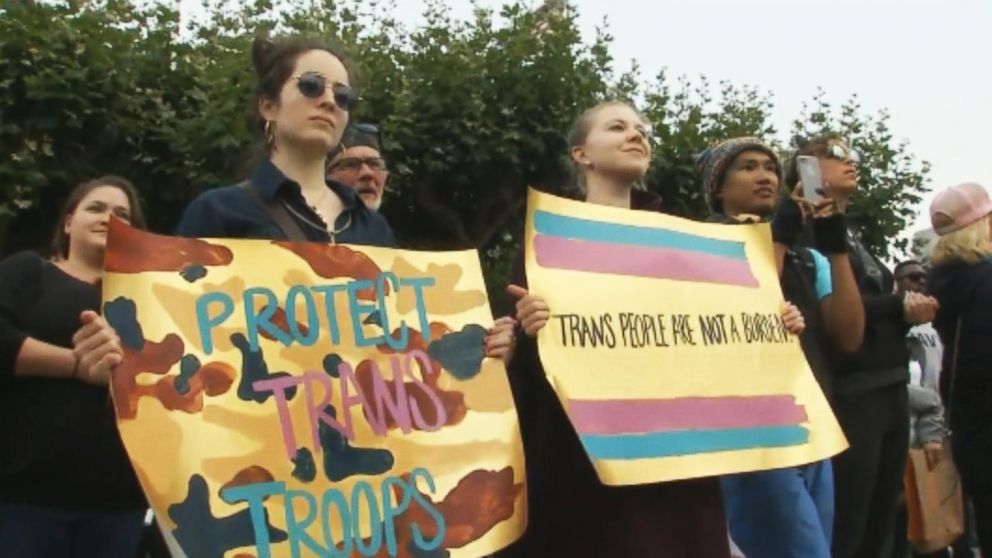 The spring of 2019 has seen the implementation of the ban on military service by transgender individuals. What started as a tweet by President Trump in 2017 has now come to be official U.S. military policy. That policy is being challenged and cases are working their way through the courts.

The Pentagon issued a memorandum on March 12, 2019 outlining the transgender ban policy.  This memorandum went into effect on April 12, and is effective for one year.  The Pentagon tried to sell the idea that the policy was not a ban.  Instead, it explained that it simply states that all persons must meet the “standards associated with their biological sex.”     Under the policy, “a history of cross-sex hormone therapy or a history of sex reassignment or genital reconstruction surgery is disqualifying.”  In other words, transgender people can serve as long as they are not transgender.  However, as observers had predicted, the policy does not make those who are already serving in their preferred gender subject to discharge and they can continue to serve.

The policy has been roundly criticized by Human Rights groups and by a wide variety of current and former servicemembers.  The President of the American Medical Association issued the following statement: “The AMA has said repeatedly that there is no medically valid reason – including a diagnosis of gender dysphoria – to exclude transgender individuals from military service.”   Since the announcement of the policy, the National Guard units of six states – California, Colorado, Nevada, New Mexico, Oregon and Washington have announced that they will not comply with the ban.

On June 14, 2019 the Ninth Circuit filed its decision regarding the case from Washington State.  The Court, as expected, dissolved the injunction against the ban.  However, somewhat surprisingly, the court also ordered the District Court to again examine an injunction using the standard it adopted during the DADT litigation.  The court stated: “We conclude that the 2018 Policy on its face treats transgender persons differently than other persons, and consequently something more than rational basis but less than strict scrutiny applies.”  The court went on to say: “Defendants bear the burden of establishing that they reasonably determined the policy ‘significantly furthers’ the government’s important interests, and that is not a trivial burden.”  It remains to be seen if this test will be applied to the other cases now pending and how it will affect the Washington case on remand.

So, at this time the ban is in effect.  Lawsuits challenging it and legislation removing it remain pending.  As always, the MLTF will continue to follow developments regarding this issue.  Please subscribe to On Watch to learn about the latest news and court rulings.

Jeff Lake is Chair of the NLG Military Law Task Force.  He is in private practice in San Jose, California.