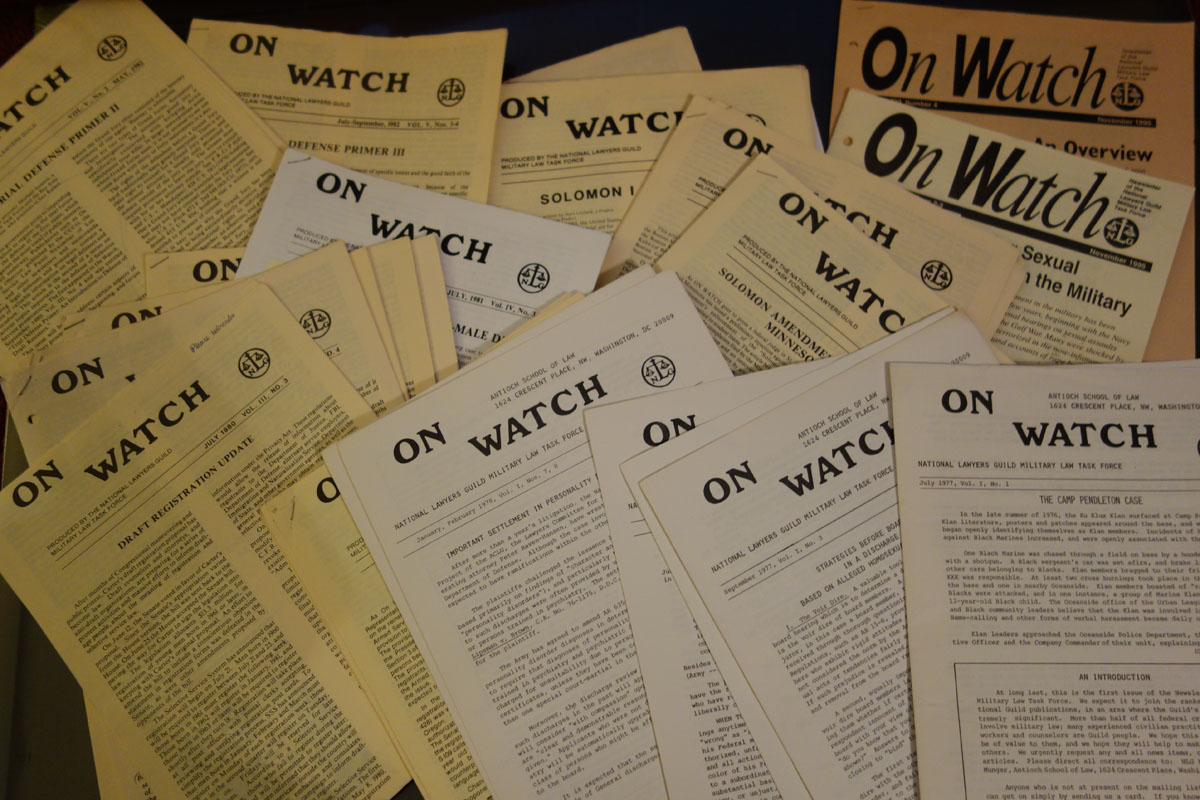 I have a rather inconvenient habit of thinking up great ideas that require a lot of work to implement. OK, I think they are great, and sometimes I get corroboration. One such recent idea, which came to me early in July of 2017, was listing On Watch articles in a spreadsheet, searchable by title, date, author, topic, etc.

I mocked up a sample, looked all the way back to 2003, where my digital archive ends, and got more enthused about the concept, because I realized that, in practical terms, MLTF has produced some pretty impressive content in that time, considering the small membership base and minimal financial resources available. I got so enthused, in fact, that I had another idea: What about going back beyond the digital archive I had access to, and listing articles from the beginning …. hold on, when was the beginning, anyway?

Of course, the person to ask was Kathy Gilberd, MLTF’s executive director who has been with the organization, if not from the beginning, at least relatively close to it. Intrigued by the idea of a searchable catalog that would likely be pretty useful to her as a regular writer for MLTF, answerer of phone calls, etc., she looked in her carefully preserved paper archive and found that Vol. 1, No. 1 was dated July 1977.

Yes, we realized, we were actually in the 40th anniversary month of On Watch! I think we both had a rather mixed reaction to this – because actually celebrating the occasion, beyond our party of two, would involve some quick attention.

But, enthused as we were, we got on it, or rather Kathy got on it (with me providing encouragement and some editorial tweaking) and she has produced a historical overview of the publication, titled “On Watch at 40: A look back at four decades of publishing radical military law.” In time to get it published as an online exclusive while it’s still actually July!

I think her overview is quite impressive itself, and think you will enjoy reading it, and maybe feel some pride at what your dues, your writing, even your reading, has helped produce within the pages of MLTF’s newsletter/journal.

Meanwhile, I want to make just a few comments about my history of working on On Watch, which has primarily been as the digital production editor, since the fall of 2007 – so yes, coming up on an anniversary in that regard too (presents optional).

Today’s On Watch is a much simpler design than I developed in earlier years, even two years ago. This evolution was somewhat forced by financial concerns – production costs needed to be reduced significantly – but also by the new way that many readers are accessing content now – on mobile devices rather than on paper, or even by viewing a PDF replica of the paper version on a large monitor. So this year –and this transition is still in process — you will see less focus on the PDF version, and more on a web-based version of articles that is responsive to the small screens that more and more readers are using. These will be linked together to produce a web-based “issue” that can be read successively, if desired. We’ll still produce the PDF (and paper copies from it to distribute at events), but the design will be simple. No more two-column pages, unnecessary graphics, or visual flourishes. The Microsoft Publisher program has been abandoned and production is done in Word.

Now, me getting Kathy to look back through and review the contents of her pre-computer paper copies, as well as the 2003 – 2017 digital files of On Watch, constituting the entire archive, did not leave me with nothing to do, because she sent those paper copies to me and I’ll be digitizing them for your (eventual) perusal. As you might imagine, especially if you’ve ever tried to scan an aged document on colored paper, this is a considerable task! Damn my bright ideas!

Which brings me back to that original idea about the catalog of On Watch articles. We are working on it, but it’s a time intensive project as well, so it will be a while unless we get an overwhelming clamor for the resource, and the financial means to make it happen faster. (Donate here!)

Access to the catalog will be a perk of membership – MLTF doesn’t have that many perks to entice joining, so it’s nice to add a (presumably) useful resource for those who support and sustain the organization.

So, hopefully in the not too distant future, a MLTF member can navigate to the online catalog, search and find that article they remember reading maybe five years ago, but which would be SO useful right now. And, because you know five years can entail a lot of change in military law, the record would also point to more recent articles on the topic.

Let’s call it an anniversary present, to ourselves, because, dang, MLTF members and friends have produced some excellent and significant material over the past 40 years. Congratulations!