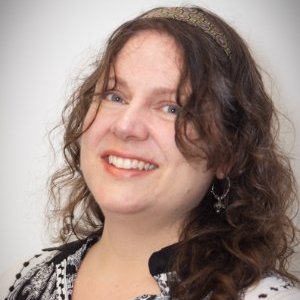 We remember Teresa as a passionate advocate for social justice, generous with her expertise and friendship, and a sweet, but uncompromising, fighter for justice.

Teresa grew up in Altamont, New York, with her social worker parents and two brothers. She graduated from Willamette University in Oregon. After college she joined Peace Brigades International (PBI) to support the human rights of workers, indigenous activists, and others. With PBI, she worked in Colombia putting her life very literally on the line to provide non-violent accompaniment for Colombian activists during a period when that country had one of the highest rates of targeted killings in the world.  She described that experience as teaching her to be a better advocate.

From 2000 to 2004 Teresa worked in Oakland as the GI Rights Program Coordinator for the now-closed Central Committee for Conscientious Objectors (CCCO). The events of September 11, 2001, brought an influx of people seeking to do GI rights counseling. She trained numerous volunteers in the Bay Area and around the country in non-directive military counseling, assisting servicemembers with discharges, grievances, and dissent. Her work served to set up counseling groups in a number of cities, some of which continue today. Teresa mentored and built personal connections with all these counselors, providing support and assistance as they handled complex military law cases. Counselors who trained with her speak of her as a strong advocate and a dedicated teacher, who brought life to dry legal issues and worked with real compassion for her clients. She delved deeply into the details of military regulations and law; for example, she provided extensive legal assistance to Camilo Mejia, the first post-9/11 US soldier to publicly resist after having been in combat.

Teresa was key in building GI counseling as a movement, that developed in parallel with the growing anti-war movement following the 2003 US invasion of Iraq, and in parallel with the growing number of soldiers seeking legal help, many of whom were traumatized by war, opposing the war and/or going AWOL as they faced multiple deployments. Teresa’s work helped lead the way to the formation of the national GI Rights Network, (www.girightshotline.org) which continues to provide counseling to many servicemembers.

Teresa’s interest in military law and human rights led her to law school, and she obtained her J.D. at Boalt Law School in 2007. During that time, she began to work with the National Lawyers Guild’s Military Law Task Force, soon serving on its steering committee and helping it to expand its work on military law and veterans rights. With MLTF, she trained counselors and attorneys in military law, researched and wrote key legal memoranda, and helped the Task Force in a leadership transition. Her dedication to the MLTF and to servicemembers and vets made her an inspiration to the organization.

As a member of the Bay Area Military Law Panel, she maintained the Panel’s commitment to the pro bono counseling of active duty personnel, believing they were under-served by other programs.  She had compassion and understanding for the crises her clients were facing, while never losing sight of the political context that put them in that situation.  She was always available to offer her thoughtful counsel for legal strategies and to provide military law training.  Even as pain impacted her life, Teresa remained cheerful and supportive to colleagues and friends.  She liked to give gifts that she had crafted herself.

In 2008, after law school, Teresa went to work for Swords to Plowshares in San Francisco, one of the country’s largest veterans advocacy organizations. She served first as a benefits advocate, and then as legal director from 2010 to 2015, sustaining and expanding a strong legal department to provide indigent veterans with representation in discharge upgrades and claims for VA benefits. Her colleague Kate Richardson said of her, “She was a passionate social justice activist and veterans’ rights advocate, and such a kind soul.”

Teresa died unexpectedly in a hospital in Oakland on April 3, 2017, with her loving family and a circle of close friends by her bedside. She was 41.

A Bay Area memorial is planned for Teresa: