Curbing Convening Authority Power to Alter Court-Martial Convictions Is No Solution, Is Insufficient and Misses the Point 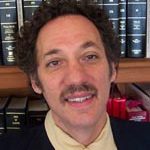 There is no denying that “sexual assault” (a euphemism for rape and attempted rape) is a serious problem within the military. Indeed, it has always been a problem, though it may now be more serious from the point of view of military authorities because victims, increasingly, are other members of the armed forces rather than civilians.

To date, the solutions that have been proposed are, from the military, more training and, from various civilians (most notably, New York Senator Kirsten Gillibrand), stripping convening authorities of their power to alter court-martial convictions and sentences. The former has been spectacularly unsuccessful. The latter highlights the tension between two important ends, those of protecting people from sexual violence and protecting the due process rights of individuals accused of crime.

Thus far, there has been near universal acknowledgment that the problem exists but little has been done to address, much less solve, it. Indeed, even as sexual violence appears epidemic, elected officials tie themselves in knots praising our men and women in uniform while, at the same time, condemning perpetrators of such violence yet refusing even to consider that the culture of the armed forces promotes it. This is not to say that everyone who enlists is bound to become a predator. Rather, the soil of military culture is one in which potential predators can be nourished and thrive. And our elected officials are loath to suggest such a thing for fear of being criticized as disparaging “our” troops.

Sadly, the default solution to any problem this country faces is ever more draconian punishments, including longer sentences and fewer rights for the accused. Thus, with all we hear about rapists in the military, the one answer to the problem that has been proposed and given serious consideration is taking away the power of the convening authority to overturn a court-martial conviction or reduce a sentence. And, naturally, examples are cited of truly astonishing actions by a couple of convening authorities as if such actions are the norm and that the unregulated discretion of the convening authority is the reason why rape is commonplace in the military.

I am not here arguing that the idea itself is without merit. Opponents of the proposal within the military argue that taking such discretion away from convening authorities will somehow undermine discipline and cohesion, as if letting rapists off scot-free promotes those goals. It is a bit odd to single out a single category of crime for such a structural change and, perhaps, some of the opponents are concerned that it will not stop with rape.

But whether or not the convening authority has too much discretion in the court-martial system is a question for another day, and one not necessarily related to sex crimes. Suffice it to say that some such reform may be useful if implemented as a component of a more holistic approach to the problem.

By itself, the proposal suffers from two weaknesses. First, it deprives the accused of a longstanding due process protection, albeit one that is afforded so infrequently that, when it is, it makes headlines. Indeed, the greater concern – and the better reason to remove prosecutions from the chain of command – is the possibility of improper command influence leading to harsher sentences.1 Second, it will have a minimal effect on the problem so long as military culture remains unchanged.

It is worth noting that almost anything can result in a criminal prosecution in the military. Things like being late for, or missing, work, cursing a supervisor or exercising one’s First Amendment rights can lead to criminal charges. On the other hand, court-martial procedures provide substantial procedural protections for those accused. Prosecution witnesses are readily available to be interviewed.2 Protections against self-incrimination are strict. And convening authorities have unbridled discretion to reduce or suspend sentences and set aside findings of guilt. The truth is they rarely exercise such discretion following trials. Almost invariably, they do so in fulfilling their commitments under pretrial agreements, which are nothing more than the military’s form of plea bargaining.

So, regardless of its merit, the impact of the proposal to take review of sex crime convictions out of the hands of convening authorities would be, to be generous, negligible. It may well, however, lead to a more general limitation on the rights of the accused in courts-martial. But the real problem with this proposal is that it is being promoted as the means to address the epidemic rather than one reform among the many that are needed.

The Military Mission Is the Culprit

Most fundamentally, as noted, the culture of the military promotes such violence and tinkering with prosecutions will not change that culture. Consider: Relatively young men with libidos are given enormous power over subordinate troops. They are able to make individuals’ lives miserable and even destroy their careers. Add to that the fact that the military mission is to fight and win wars, which is to say, rain destruction down on anyone identified as an enemy.

Recall the “Powell Doctrine” that, when the U.S. fights a war, it should utilize overwhelming force. Recall also that rape is not so much a “sex crime” as a power crime in which sex is utilized as a means of humiliation and debasement by the rapist who seeks to assert his dominance. The “Powell Doctrine” describes, on an international, rather than interpersonal, basis, precisely that objective or, in military parlance, precisely that mission.

Bars and brothels have long been staples of life adjacent to US military bases. Particularly overseas, military authorities were comfortable with, if they did not openly encourage, exploitation of indigenous populations generally and sexual exploitation of indigenous women particularly. Such attitudes have long been not just a part of, but endemic to, military culture, which always and inevitably seeks to dehumanize the “enemy.”

It is easy, when one is imbued with such a doctrine, to extend it to include “allies” or even fellow members of the armed forces, which is why training has, thus far, had so little effect. Stripping convening authorities of some discretion will not change that culture any more than mandatory minimum sentences have reduced drug trafficking.

As H. L. Mencken said: “There is always a well-known solution to every human problem – neat, plausible, and wrong.” Diminishing the power of the convening authority, whether for sex crimes or more generally, is certainly neat and plausible. It may even be a good idea. But it is no solution. On the contrary, as is our custom in the United States, it fails to address causes and simply attempts to increase penalties.

Following his return from a year working for the NLG’s Military Law Office in Japan, David Gespass was a founding member of the Military Law Task Force. He is the immediate past president of the NLG and a member of the editorial board of the NLG Review, where he served for five years as its editor-in-chief.

1 A recent example is the Commander-in-Chief declaring Chelsea Manning guilty long before charges were even lodged against her.

2  Ironically, the 2014 National Defense Authorization Act has placed some limits on this: victims in sexual assault cases may now decline to be interviewed by the defense without trial counsel (the prosecutor) present, and they may decline to testify at Article 32 pretrial investigations, in which case they will be deemed unavailable.