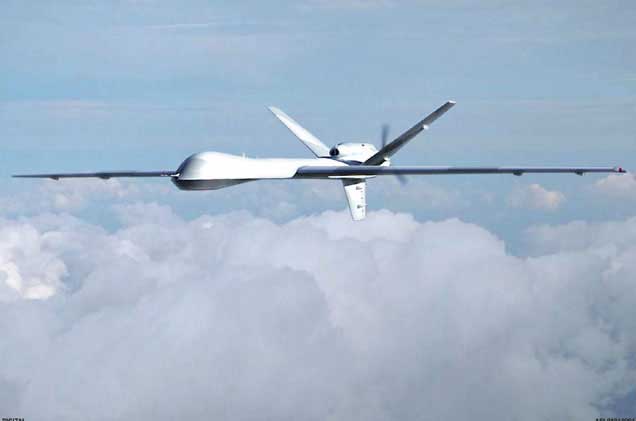 The latest book by longtime MLTF member Marjorie Cohn — who is also past president of the National Lawyers Guild — is due for release on October 30 and is now available for pre-order from the publisher and book stores/distributors. The book provides an examination of the Obama administration policy of using drones and other methods in targeted killings off the battlefield.

In a 2012 article (co-authored with Jeanne Mirer), the US policy of drone warfare and targeted assassinations was condemned as

[…] a direct result of the “War on Terror” the Bush administration declared after 9/11. Bush declared a perpetual war on a tactic and claimed all Al-Qaeda and Taliban are terrorists who may be preemptively killed as a form of self defense, rather than being arrested and tried for criminal acts. Although he does not use the phrase “War on Terror,” Obama has continued and even extended this policy. It is the product of a powerful military industrial complex in the United States which sees the use of force as the first step to resolving disputes rather than a last resort, notwithstanding the strictures of the UN Charter.

This practice sets a dangerous precedent. Heyns opined that “any Government could, under the cover of counter-terrorism imperatives, decide to target and kill an individual on the territory of any State if it considers that said individual constitutes a threat.” Heyns also cited information that indicates “the attacks increasingly fuel protests among the population.” Heyns said the “lack of transparency” and “dangerous precedent” that drone attacks represent “remain of grave concern.” 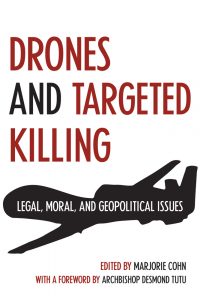 Note: MLTF receives a small rebate with each purchase through this link.

“This book provides much-needed analysis of why America’s targeted killing program is illegal, immoral, and unwise.”
—from the foreword by Archbishop Desmond Tutu

EXPERT ANALYSIS OF AN ILLEGAL AND IMMORAL PRACTICE

The Bush administration detained and tortured suspected terrorists; the Obama administration assassinates them. Assassination, or targeted killing, off the battlefield not only causes more resentment against the United States, it is also illegal. In this interdisciplinary collection, human rights and political activists, policy analysts, lawyers and legal scholars, a philosopher, a journalist and a sociologist examine different aspects of the U.S. policy of targeted killing with drones and other methods. It explores the legality, morality and geopolitical considerations of targeted killing and resulting civilian casualties, and evaluates the impact on relations between the United States and affected countries.

The book includes the documentation of civilian casualties by the leading non-governmental organization in this area; stories of civilians victimized by drones; an analysis of the first U.S. targeted killing lawsuit by the lawyer who brought the case; a discussion of the targeted killing cases in Israel by the director of PCATI which filed one of the lawsuits; the domestic use of drones; and the immorality of drones using Just War principles.

Marjorie Cohn is a professor at Thomas Jefferson School of Law in San Diego, former president of the National Lawyers Guild, and deputy secretary general of the International Association of Democratic Lawyers. Her books include Cowboy Republic: Six Ways the Bush Gang Has Defied the Law; Rules of Disengagement: The Politics and Honor of Military Dissent (with Kathleen Gilberd); and the edited volume, The United States and Torture: Interrogation, Incarceration and Abuse. Cohn is a recipient of the Peace Scholar of the Year Award from the Peace and Justice Studies Association. She testified before Congress about the Bush torture policy.