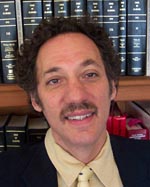 The University of Arkansas Student Chapter of the National Lawyers Guild will present a talk by MLTF member David Gespass on November 18. The title of the talk is “When the Thin Blue Line Becomes Delta Force: Rights in the Crosshairs” and it will address police militarization, police misconduct and human rights, both in the US and abroad.

Gespass has written an opinion piece for this website, “Locals have no love for occupying armies, whether in Baghdad or Ferguson” which addressed the events in Ferguson, Missouri, surrounding the killing of Michael Brown there in August of this year.

He had this to say about the topic of his talk:

With increased militarization, the police become more of an occupying force, hostile to the community and serving other hostile forces. Internationally, it’s US imperialism. Within the country, it’s the monopolists. And, when you get right down to it, they are just different names for the same things and people. I’d note that the rising repression in poor communities, especially communities of color and, most especially, poor African-American communities, corresponds to increasing disparity in wealth and greater hopelessness that people can actually make progress through hard work. The result is that there is more of a threat of rebellion and a need to suppress the threat ever more with the stick rather than the carrot.

David began his law practice in Washington, DC, in 1971; his current practice at Gespass and Johnson, a firm established with his wife Kathy Johnson, also an MLTF member, is located in Birmingham, Alabama.