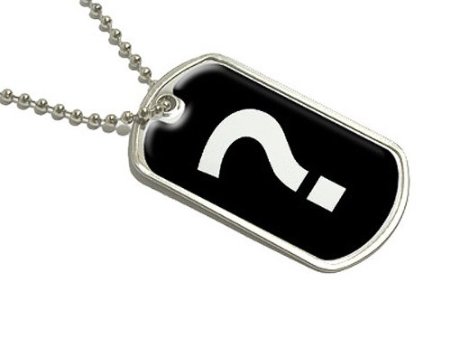 With the majority of CO applicants today adhering to no religious practice or tradition, how does the military adapt? How do we?

The Center on Conscience & War <http://centeronconscience.org>(CCW), which extends and defends the rights of conscientious objectors to war (COs), has found that more than half of today’s COs are solidly secular, adhering to no religious practice or tradition. These COs conclude, without reference to religious precepts, that war is wrong.

A Washington, D.C. nonprofit celebrating it 75th year advocating for the rights of conscience and objectors to war and violence, CCW also reports that conscientious objection in the context of a volunteer military is alive and well, and its caseload of COs has been higher this year than it has been in recent memory.

The COs who come to CCW are successful in winning discharge based on a variety of belief systems and from every branch of the armed forces. This is great news, and it inspires us to reflect on and evaluate our work, both the technical support we provide for each individual CO, and the outreach and education we do to raise the profile of CO and to demonstrate its relevance and power within a broader movement for peace and justice.

Does the greater number of COs mean that members of the military are objecting in greater numbers than before? Or does it indicate that we doing a better job at getting the word out that CO is a real option for service members facing a crisis of conscience? While the first question is one we can only speculate about, the second is easier to measure. In recent years, CCW has taken steps to boost our outreach strategy to reach a broader base – a base that we consider to be a more relevant audience for the information and technical expertise we offer.

When CCW was founded in 1940, the only way one could legally qualify as a CO was if his (and it was only men during the draft, of course) objection was based on his religious beliefs. This was an improvement on the 1917 draft law, which required not only that the individual hold religious beliefs against their participation in war, but also that they be a member of a church that had a stated position against war. The improvement in the law and in the actual protections that were afforded to COs beginning in 1940 can be directly credited to CCW’s founders, most of whom were members of what we call the Historic Peace Churches: Church of the Brethren, Mennonites and Quakers.

Even as the draft ended, and is unlikely to return anytime soon, the historic peace churches continue to maintain a strong commitment to and connection with conscientious objection. Still, they are not the typical face of conscientious objection the way it takes shape today, in a post-draft, volunteer military. In short, kids raised in peace churches rarely join the military.

Generally, when kids from religious backgrounds volunteer to join the military, we find that they tend to have been raised in the more mainstream or “just war” Catholic and protestant communities. Although there is some diversity within these communities and real efforts to more rigorously promote a message of peace, often these kids are raised believing that war is a necessary evil, and that when good guys kill, it’s not “murder,” and therefore not a sin or a violation of God’s Commandment.

Once they find themselves inside the military culture, though, some begin to revisit or gain a deeper understanding of their faith, and seek a way out. In many cases, because their churches don’t widely advocate for peace, their members in the military, facing a crisis of conscience, struggle to find good counsel. Clergy from these communities, both civilian and military chaplains, will often tell them they don’t qualify as COs, that they are misinterpreting the church’s teachings on war, or that they are just misguided in their beliefs.

Worse, we have seen clergy from “just war” churches advise COs that they have only two options: follow your orders and pray, or follow your conscience and pray, with the explanation that followers of just war can’t legally be recognized as COs. This counsel offers too narrow an interpretation of CO law and practice, and falls short of the Church’s role as steward of conscience. While we all know that violating one’s orders in the military carries high risk, we are just beginning to understand the profound consequences of violating one’s conscience – wounds to the soul, which have been appropriately named moral injury.

Of course members of traditional “just war” churches can be separated as COs, and routinely are, especially when they have the support of trained and experienced counselors, yet we know that many of these soldiers of conscience may not find us. For these reasons, it is clear that these communities, though not as strongly associated with CO historically, are a large share our natural modern constituency, and it is critical that we continue to actively reach out to them and build alliances among them.

Today’s conscientious objectors, though, don’t fit the traditional model in other ways, too. At least half of all COs we work with have no religious or faith tradition whatsoever. Their beliefs against war are solidly secular, and in some cases, strictly atheist. Some of the more common threads we see among these COs are an adoption of a vegan diet and gravitation toward Libertarianism that lead them to conclude that war is wrong.

In these cases, just like any other, the applicant’s legal burden is the same: they must prove that they are opposed to their participation in war; that these beliefs developed after they joined the military; and that these beliefs are a controlling force in their lives. Their task doesn’t change, whether their moral framework was formed in a pew or from a podcast. Their beliefs and the weight of their individual conscience can be as powerful and compelling as any religious faith.

Take the example of Francesca. She was a young soldier, the daughter of immigrant parents from Mexico. Enlisting in the army seemed like a great opportunity not only to help Fran achieve her personal goals, but also to give back to the country that she felt had given her family so much.
Vegan diet and CO logic

As a young recruit, Fran was introduced to eating vegetarian for health shortly before she shipped to Basic Training. She remained committed to that diet during Basic, and eventually, after investigating further aspects of what she termed a “vegetarian lifestyle,” and learning about Ethical Veganism, she eliminated all animal products from her diet.

As her diet changed, her perspective on her military training also began to change. If she was concerned about the welfare of animals, shouldn’t she be concerned about the welfare of the people she was training to kill? Fran dove headfirst into study of veganism and vegan theory, and learned about the principle of Ahimsa – nonviolence. Any time Fran had to train with a weapon, she felt physically sick, but she also felt stuck in the army, not understanding that her beliefs would qualify her for discharge as a conscientious objector.

Finally, after receiving deployment orders and facing the real possibility of taking someone’s life, the urgency to follow her conscience and seek discharge was too strong to suppress. Fran reached out to CCW and successfully won an honorable discharge as a conscientious objector.

While not necessarily the traditional path to CO status, the evolution from concern for animal welfare to concern for all life is pretty logical and easy to follow, for both the military brass deciding these cases and those outside of the military who come to their anti-war views from what we would call the left side of the political spectrum. For those COs who come to their objection to war from a more right-leaning perspective, the logic is sometimes more difficult to follow, but their opposition to war and their genuine commitment to living their beliefs is just as strong.

Bobby’s initial draft of his CO application was a mix of what seemed like Libertarian buzzwords and self-serving ideology. He wrote about his belief in natural law and property rights, and he questioned killing because he was ordered to do it, not necessarily because he was opposed to it. He discussed how he came to these beliefs through studying and comparing capitalism and socialism.

He decided he was strongly opposed to socialism, but it was clear from talking with him that he was deeply troubled by his continued participation in the military, and that he was an authentically compassionate and caring person. We read each draft he sent us carefully, searching for the gems, digging beneath the references to Ayn Rand, Austrian economics and abolishing the Federal Reserve to uncover the values that were compelling him to resist the military.

After several drafts and many hours of sometimes confusing and even frustrating conversation, Bobby’s core beliefs of universal freedom and equality, nonviolence, and individual autonomy rose to the surface. He opposed political and military strategies that claimed to put the good of the “collective” over the good of the individual and backed it up with military euphemisms like “collateral damage” and “necessary consequences.”

Bobby was horrified at the idea that an entire wedding party of 400 would be killed by a drone strike in order to assassinate four “high value terrorists.” Bobby’s new belief system allowed him to see all people, regardless of the country they live in or the uniform they wear, as his equals, deserving of the same rights and freedoms he expected for himself. Because of his newly found beliefs, Bobby could no longer see enemies.

The basis for Bobby’s objection to war is shared by many of the COs who come to CCW for support. On the surface, their beliefs do not appear to have much in common with the stereotypical picture history has painted for us of a conscientious objector, but they are no less conscientious objectors; their conscience is advising them just as strongly that war is wrong.

Often, they themselves are not as in touch with their own core values that inform their moral and ethical objection to war, and the process of articulating a successful CO application can be long and winding. But they get there. And the more cases like Bobby’s that we work with, the better we are getting at facilitating that process.

It is our job to make sure that every CO who comes to us for help – from the “traditional” religious objector to the vegan who can no more readily kill a human than an animal to the Ron Paul revolutionary – is granted the opportunity to live true to his or her conscience.

Maria is director of the Center on Conscience & War and is a counselor on the GI Rights Hotline in Washington, DC. Before coming to DC, she founded the New Mexico branch of the GI Rights Hotline which served as leading voice statewide on issues affecting servicemembers and veterans, including conscientious objection, military sexual violence, post-traumatic stress disorder, and truth in recruitment.