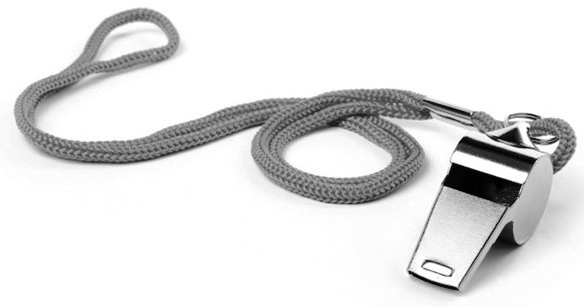 Military Whistleblowers' Protections Fact Sheet (739 downloads) (Use the button to download a PDF version of this content for offline reading/printing.)

The Military Whistleblower Protection Act of 1988  provides limited protection of lawful disclosure by members of the United States Armed Forces. In order to assist servicemembers in understanding their rights under this law, MLTF has prepared the following fact sheet. It is also available formatted for download and printing (PDF). You are welcome to share this document. Contact us with any questions you may have.

What is the Military Whistleblower Protection Act?

The MWPA was created by Congress in 1989.  The Act does two important things:

1)    it states that no person may restrict a member of the Armed Forces from lawfully communicating with a Member of Congress or an Inspector General (IG), and

In response to the MWPA, the Department of Defense (DoD) issued DoD Directive 7050.06 making the Act official DoD policy.

What kind of communication is “protected” under the Act?

1)    made to a Member of Congress; an IG; a member of a DoD audit, inspection, or investigation; a law enforcement organization; any person or organization in the chain of command; or any other person designated pursuant to regulations or other established administrative procedures to receive such communication, and

2)    the member of the Armed Forces must reasonably believe the information communicated evidences a violation of law or regulation, including a law or regulation prohibiting sexual harassment or unlawful discrimination, gross mismanagement, a gross waste of funds or other resources, an abuse of authority, a substantial and specific danger to public health or safety, or a threat by another member of the Armed Forces or employee of the Federal Government that indicates a determination or intent to kill or cause serious bodily injury to members of the armed forces or civilians or damage to military, federal, or civilian property.

It is assumed that the term “lawful” means that the communication must be lawful under the Uniform Code of Military Justice (UCMJ) and lawful within the civilian meaning of the term.  Examples of unlawful speech under the UCMJ are provoking or reproachful words; words that express an intent to wrongfully injure a person, property, or the reputation of another person; and disrespectful words toward a superior commissioned officer.  Examples of civilian unlawful speech would be threats against the President, threatening terrorism against the United States, and defamation.

Why is the Military Whistleblower Protection Act Important?

People in the military do not have the same First Amendment rights as civilians do.  DoD Directive 1325.06 addresses dissent and protest among members of the Armed Forces.  It states that a “service member’s right of expression should be preserved to the maximum extent possible”.  However, this is limited in the sense that the service member’s speech must be “consistent with good order and discipline” and must not conflict with “national security”.  The Directive also states that no commander should be indifferent to speech that “if allowed to proceed unchecked, would destroy the effectiveness of his or her unit”. The Directive leaves it in the hands of the “calm and prudent” commander to determine what speech does, or does not, conflict with “national security”, and what speech would harm the effectiveness of a unit.

Essentially, DoDD 1325.06 leaves the question of what free speech rights a service member has entirely up to his or her individual command.  The Directive results in command determinations that are inconsistent, often based on preference, and sometimes prejudice.  While some service members are able to speak more freely because Directive 1325.06 gives so much power to command discretion, others are subjected to higher levels of punishment and retaliation for speech that should be protected.

The following is an example of how a service member’s speech could be curtailed under DoDD 1325.06, and how the MWPA can provide protection: if a service member writes on a social media outlet that he or she believes the military is deploying service members with severe psychiatric impairments in violation of DoD regulations, and therefore such service members are not legally obligated to deploy, his or her command might find such speech inconsistent “with good order and discipline”, or perhaps even decide that it may encourage others to refuse to deploy (which would violate Article 82 of the UCMJ).  As a result, the service member could face retaliation without protection, disciplinary action, or even administrative action including separation.  However, under the MWPA, the same service member is given a powerful outlet for this same speech.  He or she may communicate this same belief to a Member of Congress, openly or privately, and be protected from reprisal.

What kind of retaliation does the Act protect me from?

The Directive defines personnel actions as any action that “affects, or has the potential to affect, that military member’s current position or career”.  The Directive lists the following actions as examples: refusal to give a promotion; a disciplinary or other corrective action; a transfer or reassignment; a bad performance evaluation; a decision on pay, benefits, awards or training; referring someone for a mental health evaluation; and assigning any significant changes in duties or responsibilities that are inconsistent with the military member’s grade.

What should I do if I am retaliated against for whistleblowing?

Although the MWPA states that “members of the Armed Forces shall be free from reprisal for making or preparing to make a protected communication”, the Act standing alone does not prevent your command from retaliating.  What the Act does do is establish a complaint and investigation process for a service member who is retaliated against after whistleblowing.  Complaints should be made within 60 days from the time you became aware of the retaliation.  However, if you miss the deadline, you have an opportunity to explain why.

If you are retaliated against for whistleblowing, there are several ways you can file a complaint.  But first, you must be able to show evidence that you:

1)    made a “protected communication” to someone named in the MWPA, and

2)    that the management official who engaged in the retaliatory act against you knew of your protected communication, and

3)    that there was an actual adverse or unfavorable personnel action taken or threatened, or that a positive personnel action was withheld, after the management official became aware of your protected communication.

Once you are prepared to prove all three elements, you have several options for reporting.   First, you should get the PDF titled “Guide to Filing a Military Whistleblower Reprisal Complaint” on the  Office of the IG website: www.dodig.mil/HOTLINE/reprisalmil.html.  This guide provides step-by-step directions for preparing a whistleblower reprisal complaint.  Once you have all the necessary documentation, you can either 1) mail your complaint packet to Defense Hotline, The Pentagon, Washington, DC 20301-1900; 2) fax it to 703-604-8567, DSN 664-8567; 3) file it online at www.dodig.mil/HOTLINE/reprisalmil.html if the complaint is not classified, or http://www.dodig.mil/HOTLINE/classifiedcomplaint.html if the complaint is classified; or, 4) email the information to hotline@dodig.mil.  Submission by email is not recommended since unencrypted email messages are vulnerable to eavesdropping.

You can email the WHPO directly from this webpage: http://www.dodig.mil/programs/whistleblower/.

What happens after I file a reprisal complaint?

Once you have filed a complaint, you will be contacted by a member of the office of the IG who will tell you that an investigation will be conducted, and who will conduct it. The purpose of the investigation will be to determine whether the evidence proves four key questions.  The first three questions are the questions you had to answer in your complaint.  The fourth question is, “does the evidence establish that the personnel action would have been taken, withheld, or threatened if the protected communication had not been made?”.

Once the investigator has examined all laws, documentation and witness testimony, he or she will write a report analyzing the evidence.  All conclusions will be based on the evidentiary standard of “preponderance of the evidence”.  This means the investigator will give greater weight to evidence he or she finds most credible, and will use that evidence to determine whether it is “more probable than not” that the four components of the reprisal complaint are true.  The report will usually conclude with recommendations for resolution.

Once the investigator has completed the report, you will receive a copy.  This copy may be redacted.  Another copy of the report will be submitted to the IG.  If you believe the investigation was inadequate or biased, you may request a review by the Board for Correction of Military Records (BCMR).  The BCMR may allow a hearing to examine and cross-examine witnesses, take depositions, and – if necessary – conduct a hearing.  Under certain circumstances, you may be represented by outside counsel or a judge advocate.

What happens if the Secretary agrees that I was retaliated against?