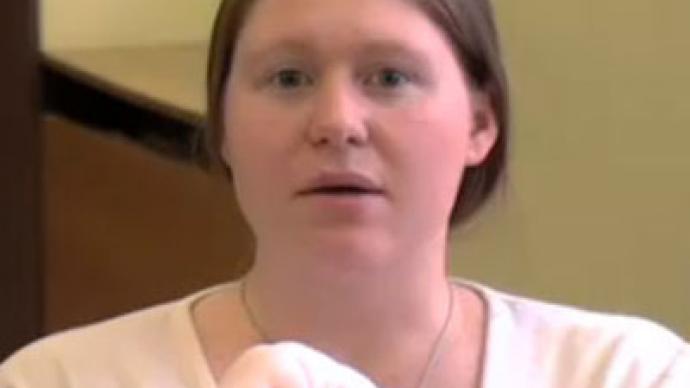 This message is from the Kimberly Rivera Support Committee.

We are writing to you on behalf of Kimberly Rivera, an Iraq War resister.

Kimberly, from Mesquite, Texas, deployed to Iraq in 2006. After several months, she found that she could not in good conscience continue to participate in the war. While in the US on leave, she and her family sought asylum in Canada. Unfortunately, the Canadian government denied her asylum and on September 20th, she and her family voluntarily returned to the US. She was arrested at the border and is currently at Fort Carson, Colorado, awaiting a decision by her command as to what her fate will be.

We are reaching out to you today to ask if you would be willing to write a letter of support for Kim.

Here is a bit of background about Kim, and below are guidelines for letters of support:
• Kim and her husband Mario have four young children: Christian, 10; Rebecca, 8; Katie, 3; and Gabriel, 18 months.
• Kim’s objection to the war grew out of her experience in Iraq, and her faith.
• Kim’s separation from her family is causing tremendous hardship for all of the family.
• Kim was diagnosed with PTSD following her tour in Iraq, and incarceration would only exacerbate her symptoms.

In peace and solidarity,

of the Kimberly Rivera Support Committee

———————
GUIDELINES FOR LETTERS IN SUPPORT OF KIMBERLY RIVERA

Kimberly Rivera is currently at Fort Carson, Colorado. She is part of a unit but her future is uncertain. She likely will face a military court-martial (and if convicted a lengthy prison sentence), but there are other options for command.

We are asking friends and supporters of Kimberly to write letters of support in the hopes of persuading the military authorities to not prosecute her, but instead give her a discharge.

Letters should be sent to Kimberly’s attorney at the contact point below. Her attorney will present the letters to her command as they come in, but also may use them as mitigating evidence for sentencing/clemency purposes if her case does go to trial.

– Address letters to “To whom it may concern.”

– Please be polite and civil in your letter. It is ok to express emotion, but angry/hateful letters will not be helpful.

– Please avoid political statements in your letters. The focus needs to stay on Kimberly and her plight.

– If you know Kimberly personally, please say so in your letter. (Please also be sure and tell stories that illustrate the kind of character she has and why she should be back home with her family).

– If you are military veteran, please say so in your letter.

– Please include your full name and contact information in your letter.

– Please state in the letter that you believe that Kimberly should be immediately discharged from the Army and not prosecuted.

Letters should be sent to:

Email:  girightslawyer(at)gmail(dot)com (please include “Kimberly Rivera” in the subject line)